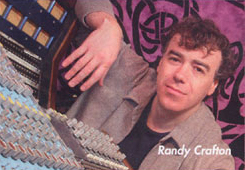 Producer/Engineer Randy Crafton has recorded and/or produced a wide range of artists including Richie Havens, Dayna Kurtz, The Mingus Big Band, Ray Barretto, Omark Faruk Tekbilek, Steve Gorn, Walter Parks, Glen Velez, Ethel and Cast Recordings of Broadway and Off-Broadway shows.  His knowledge and experience with several musical styles enables him to easily communicate with artists, work with each musician as an individual, and capture the sound of each musician’s instrument or idea as they hear them.   His extensive knowledge of Pro Tools makes him highly sought after as a very musical and efficient editor.  A tireless worker, Randy has earned a reputation for getting the job done, and remaining professional, effective and creative from the beginning to the end of the project.  He has also created audio content for toys (Discovery Channel and Hasbro), recorded and edited voice-overs and dialogue for Internet and radio content, and written music for a wide variety of other uses.  As a drummer/percussionist, he has over 100 recording credits to his name, has toured extensively through North America and Europe, performed on Broadway, and premiered over 40 works by composers such as John Cage and George Crumb.  As an educator he has held positions at The Juilliard School, The New School, Drummers Collective, and the Berklee College of Music, and has served as the chairman of the World Percussion Committee for the Percussive Arts Society.  Kaleidoscope Sound is the realization of his vision for the ideal environment in which to create and record music. 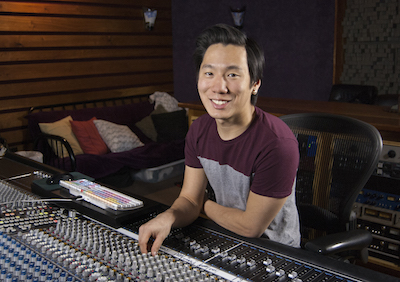 Jeremy Delaney arrived at Kaleidoscope Sound as many of our best have.  He was a standout intern who was just a little more hard working, talented, and dedicated than everyone else.  He has worked his way up through the ranks, and has now logged thousands of hours behind the board for some great projects.  Most recently, he has had the opportunity to work as John Agnello’s primary assistant, and we are pleased to say that his skill and knowledge has been dramatically fast tracked because he has taken this tremendous opportunity very seriously.  He has had the opportunity to work with Alessia Cara, Casey Benjamin, Eddie Palmieri, Infinity Songs, Street Light Manifesto, and The Nude Party.